From Past to Present on Water, From Dream to Reality books have emerged thanks to Fatih Takmaklı's passion for ships, which has been going on since he was six years old. Takmaklı took all the photographs in the book himself. Takmaklı, which will include different types of ships in 8 volumes, tells about the toys of our modern age, "Ships", which everyone from 7 to 70 watches with admiration and dreams while watching. Takmaklı presents this unique piece of art, which will contribute greatly to the maritime and yachting culture of Turkey, surrounded by seas on three sides, to all ship and yacht enthusiasts. Hope it's useful... 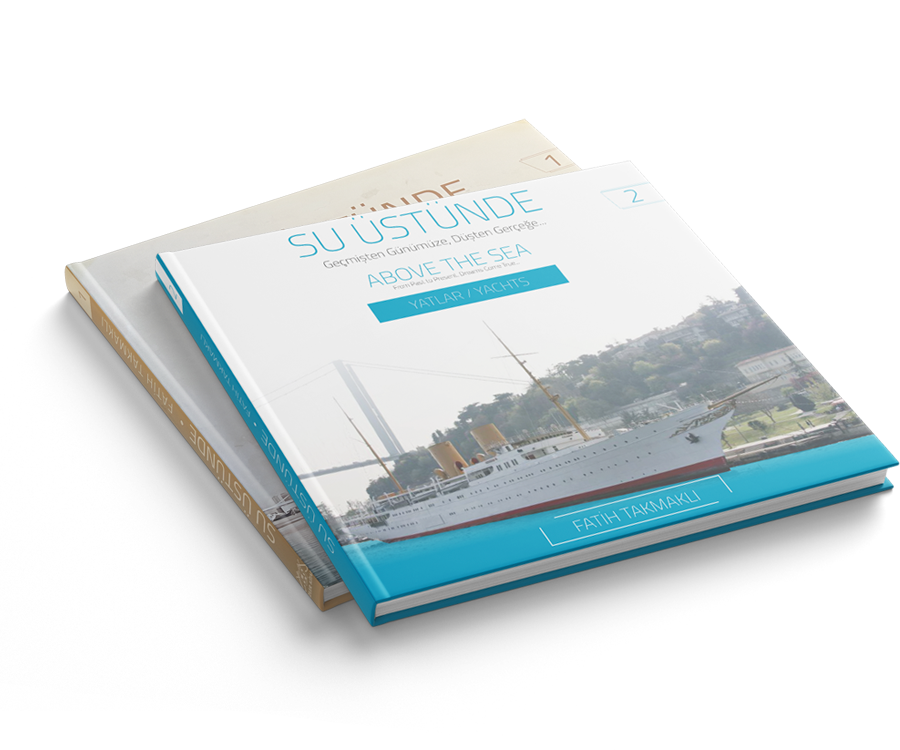 Su Ustunde book From Past to Present, Dream Come True was born thanks to Fatih Takmaklı's passion for ships, which has been going on since he was six years old.

Takmaklı has taken all of the photos of the book himself; He compiled the information about the ships himself and his crew. Takmaklı, who will introduce different ship types in the series she calls "Su Ustunde", tells about "Cruise Ships" that everyone from 7 to 70 watched with admiration and dreamed of while watching in this book, which is the first volume of the series. In the second book of the series, she tells about the toys of our modern age, “Yachts”, which everyone watches with admiration and dreams while watching.

Takmaklı presents this unique piece of art, which will contribute greatly to the maritime and yachting culture of Turkey, surrounded by seas on three sides, to all ship enthusiasts.

Every single ship is a peaceful friend for me that defied the years, witnessed life and achieved wisdom. Every voyage of it is a story telling different adventures and arousing excitements...

Born on September 5th 1983, in the Nazilli town of Aydın, Fatih Takmaklı has been distinguished with the backpack he carried on during his childhood. The bag filled with items like the camera given by his cousins as a gift, album containing the ship photos taken by him, brochures of the travel agencies and clippings of ship photos has always been with him to everywhere he went. The pleasure of watching the ships from the balcony of his family’s house in Kuşadası lead Takmaklı befriend ships. He regarded every passenger liner, ferry, yacht and wooden sail boat that came aboard as a friend.

Takmaklı went to United States in 2000 for his education, and after graduating from St. Patrick High School; he attended undergraduate study in Loyola University in 3 major´s and 3 minor´s following as Economy, Political Sciences, History, Theology and African Studies. He got his Master’s Degree on management and decided to return to Turkey when he started on his doctorate.

During his 10-years life in America, he visited all states of the country and had the opportunity to take numerous ship photos. He published a part of the photos he has been taking for years in a four-volume book under the title of “World Ship Collection”. 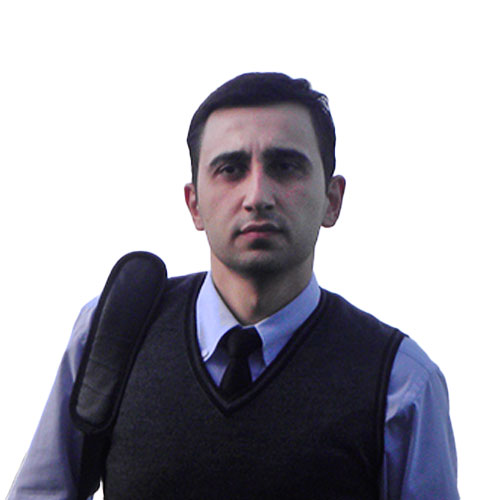 The yachts historically have been transformed from the small and fast boats used to chase pirates and smugglers to gifts given to the aristocrats and kings, to the luxurious vehicles used to carry notable persons and nowadays a hobby vehicle symbolizing social status and luxury. How about taking a closer look at these magnificent vehicles and admiring them again? 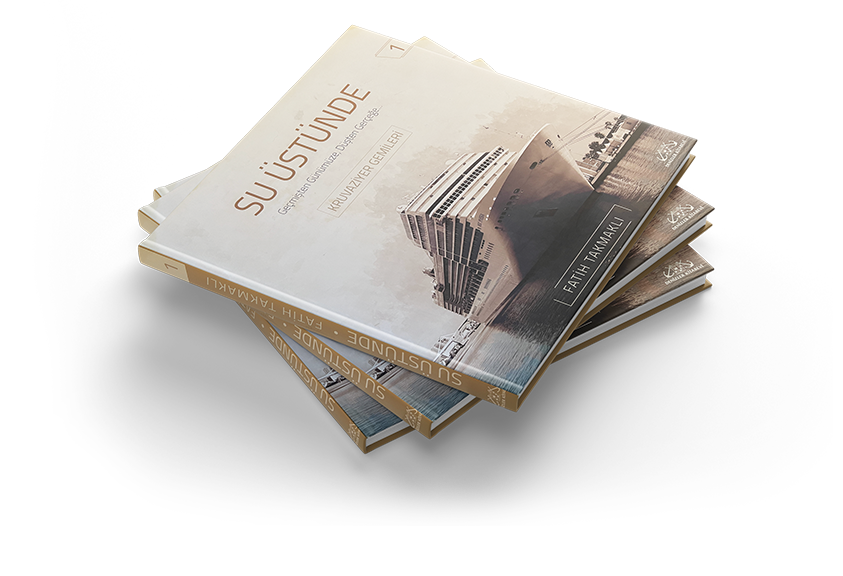 From Past to Present Dreams Come True

Almost up to 1350 images, almost up to 100 ship company information, 412 cruise ships & technical information & histories, photos in 15 countries & 60 ports and much more..

“From Past to Present Dreams Come True Yatchs” is the 2nd book of the series, which includes 745 luxury and historical yacht images, technical information and history of these yachts, and photographs taken in 53 different ports in 15 countries. Su Ustunde Yachts book, which has a total of 1346 visuals and 684 pages, was published in 2022. In addition, there are 105 yacht building company information and more in the book... 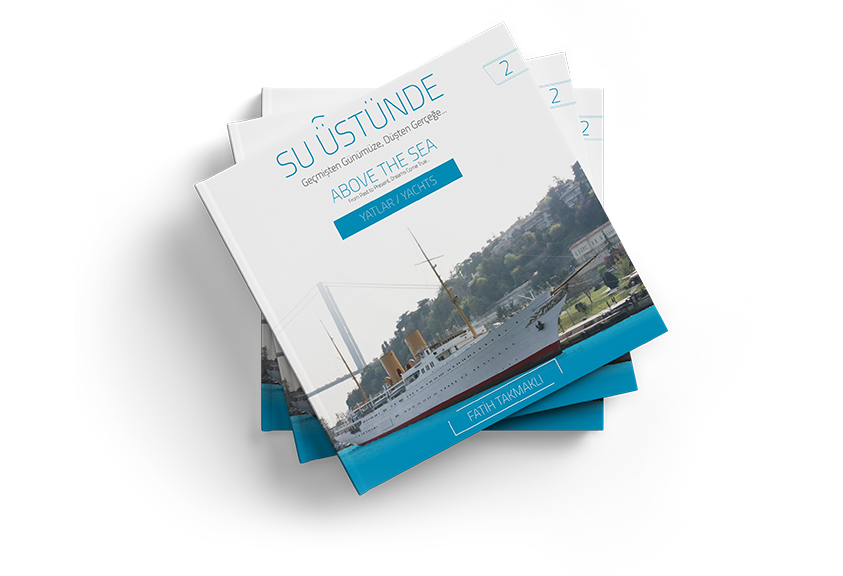 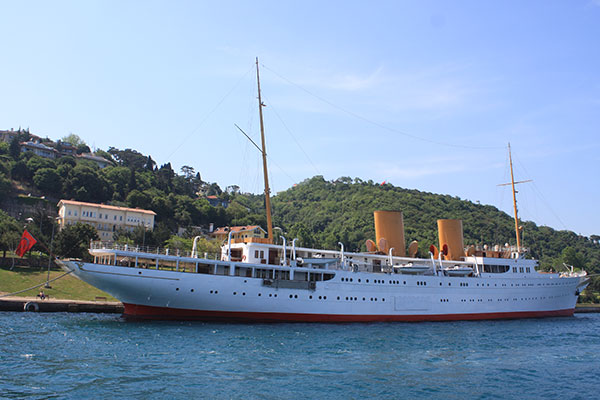 The ship which takes its name from African swan which lives in Indian Ocean, was designed in 1931 by Gibbs & Cox for the engineer of the Brooklyn Bridge American John A. Roebling’ successor, Emily Roebling Cadwaller. The ship was constructed by Blohm & Voss in Hamburg. Savarona which is one of the largest yachts of the time and today with its 135.94 meters length, was purchased by Turkish Government at 23rd of February 1938, and given as a gift to Mustafa Kemal Atatürk, health of whom was getting worse day by day. Atatürk could spend only 56 days on ship before his death. The ship was laid up as scrap in 1989 but after the news published by the press, the ship was chartered by a Turkish businessman and ship owner for 49 years. The ship was completely renewed with 45 million dollars expense within three years of repair process in Tuzla Shipyard. The original steam turbine engines were dismantled, and modern Caterpillar diesel engines were installed instead. Through the end of 2013, it was taken back from the businessman who chartered it, maintained and restored to be utilized with prestige purpose on the meetings and discussions which will be conducted in Turkey and foreign countries.

A luxurious motor yacht which was constructed by Blohm + Voss Company in Germany. Its exterior and interior was designed by Terence Disdale Design and its naval architect was Francis Design. It is the 3rd largest yacht of the world with its 162.50 meters length, it is 17.30 meters shorter than Azzam and 1.5 meters shorter than Fulk Al Salamah. It has the feature of being the largest charterable yacht of today. It has two heli-pads, 18 guest cabins, two swimming pools, bathtubs with hydro-massage, and a disco saloon. It is also equipped with three launch boats and a mini submarine which was 50 meters diving capacity. Eclipse which can host 36 guests, keeps approximately 70 crew members to serve the guests within. The yacht which has gone through renovation and repair processes in 2015, cruises Mediterranean Sea in summer, and Caribbean in winter. 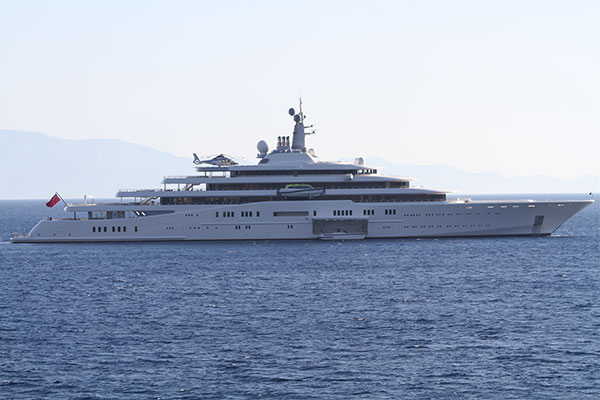 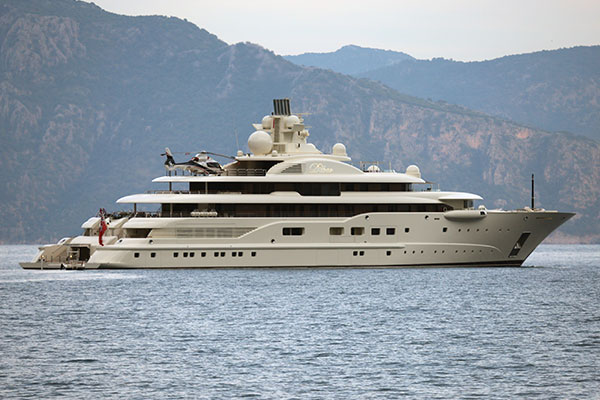 Constructed by German Lurssen at shipyard Germany in 2008. While exterior design work of the yacht was done by Tim Heywood Design, its luxurious interior place was designed by Alberto Pinto. Hull of the yacht was made of steel and its top structure was made of aluminum. Helipad, gym, jacuzzi and swimming pool are some of the features included within the yacht. Dilbar was designed to host 16 guests a night, within 8 cabins which include a main suite and 7 double cabins. It cruises with “Ona” name under flag of Cayman Islands today.